Artist Mónica Mayer (Mexico, 1954) first presented El Tendedero at the Museo de Arte Moderno in Mexico City in 1978. She invited women to share their experiences with sexual assault, sparking conversation around an issue rarely discussed at the time. Since then, the project has been presented in a variety of contexts and countries.

The Indiana project was the first time El Tendedero was presented in multiple venues over several months as part of a statewide initiative to persuade lawmakers to change law.

Led by Women4Change, with support from the Indiana Coalition to End Sexual Assault & Human Trafficking (ICESAHT), as well as the Indianapolis Museum of Art at Newfields, El Tendedero/The Clothesline Indiana involved more than 75 partners representing the visual, performing and literary arts, as well as civic, academic and government groups (including women’s prisons).

Partners hosted more than 150 days of public events, performances and activities over a 12-month period. Additionally, partners engaged survivors’ groups and educational workshops to complete postcards in more private settings. Collectively, the initiative gathered more than 1,500 postcards from all 92 counties in the state.

Throughout the process, El Tendedero/The Clothesline Indiana generated more than 125 news stories, including 28 opinion columns in media outlets across the state.

One of the key events took place March 5, 2020, when clotheslines bearing Hoosiers’ personal statements about sexual assault were hung in the Indiana Statehouse, starkly revealing the scale of the problem and calling for legislative action. One in five Hoosier women are sexually assaulted in their lifetime, and Indiana has the fourth highest number of high school girls who are sexually assaulted.

Two months later – 10 years after victims’ rights groups began working on the issue – the Indiana Legislative Council assigned a committee to study the topic of sexual consent. On Sept. 15, the study committee met to hear testimony from survivors and advocates about changes needed in Indiana law. The committee now will review testimony and recommend proposed legislation, which will need to be introduced in the 2021 session of the General Assembly.

In November 2020, Newfields officially acquired El Tendedero/The Clothesline Indiana. This acquisition has necessitated the implementation of a cross-departmental stewardship model that is new to the institution. Additionally, a new fellowship program will be launched in June 2021 with the intention of archiving the materials generated by the project and developing a plan for the stewardship of variable, socially engaged artworks that may be acquired in the future. 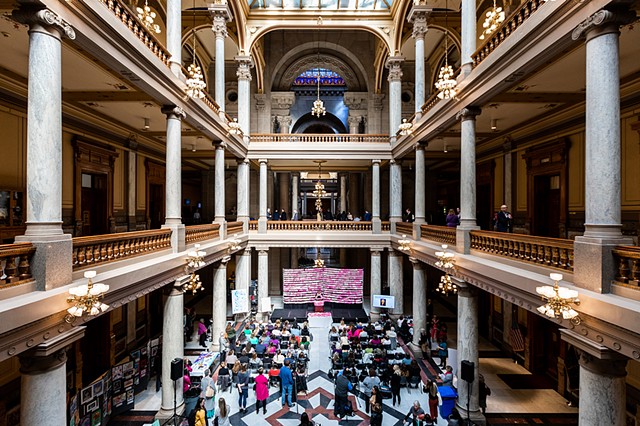 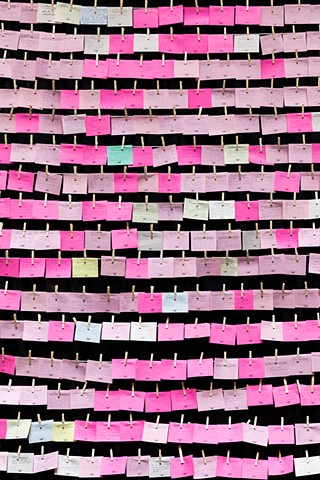 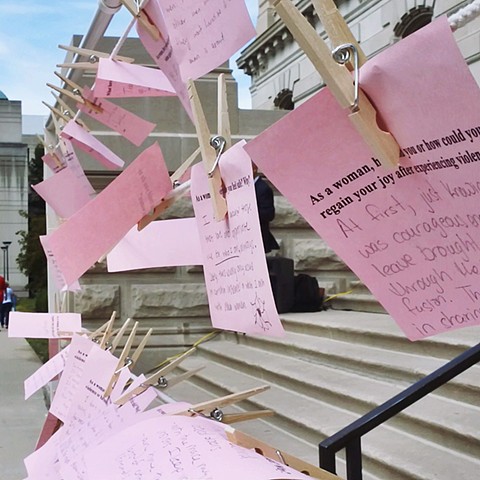 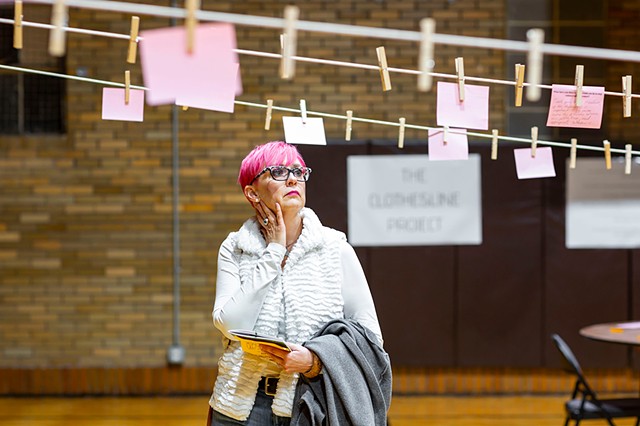 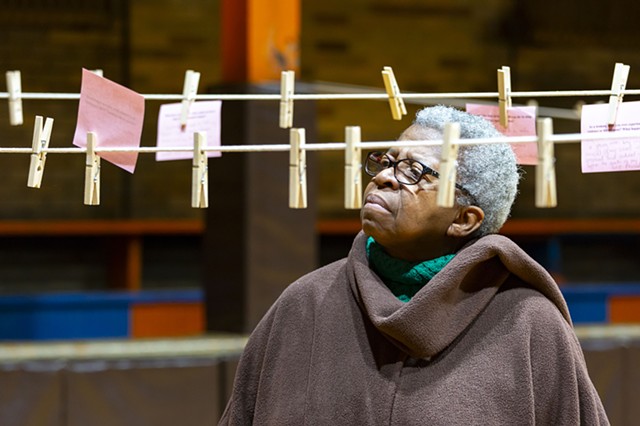 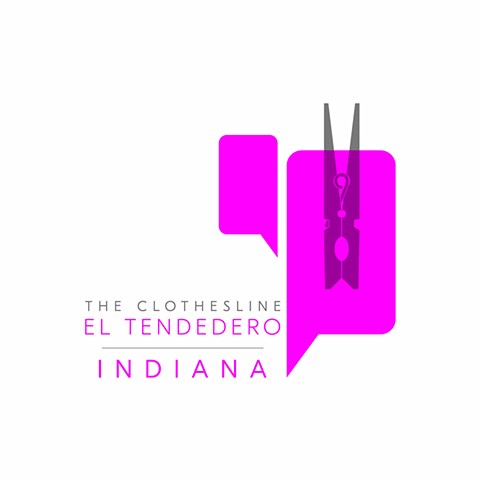 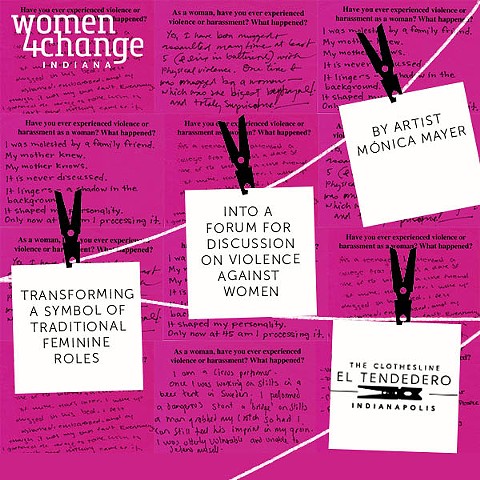 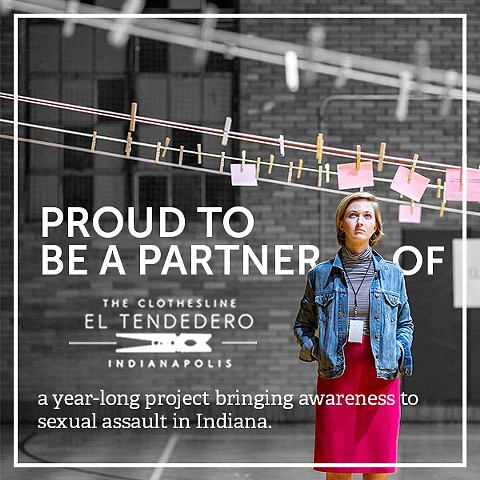 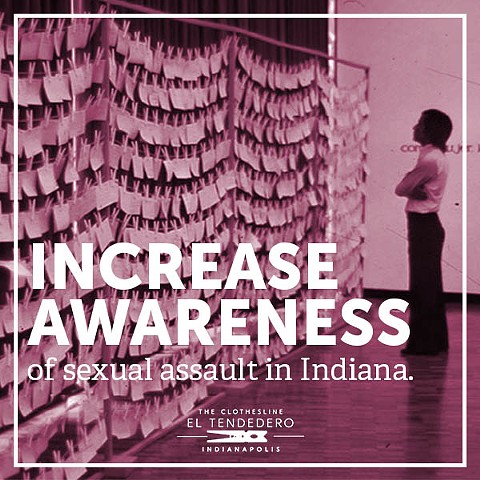 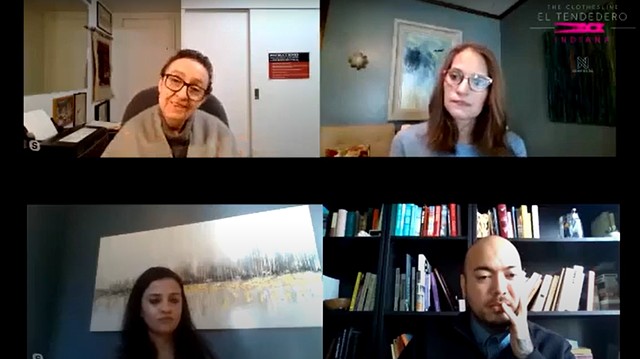 The Intersection of Art and Activism: Addressing Sexual Violence and Gender-Based Oppression

One sexual assault or attempted assault is too many. Sadly, the incidents far exceed just one, and many cases go unreported.

One of five Hoosier females has been sexually assaulted.

Indiana ranks 4th highest in the nation for the number of reported rapes among high school girls.

Sex without consent is not a crime in Indiana. Photos by Samantha Veach, courtesy of Newfields.

INDIANAPOLIS (WEHT) – The Indiana House passed the Elements of Rape or HB 1079 by a vote of 90-1 on March 2. The bill is headed to Governor Holcomb’s desk for his signature.

The Indiana Senate unanimously passed the bill on March 1. The organization Women4Change has advocated for a legal definition of sexual consent for years.

Indiana law currently states that intercourse is only considered rape if it’s done by force, threat of force or if it occurs with someone who is mentally incapacitated or unaware that it’s happening. HB 1079 clarifies that someone commits rape if “the person disregarded the other person’s attempts to physically, verbally or by other visible conduct refuse the person’s acts.”