Yoshinojo Fujima is a shin-nisei (one borne of postwar Japanese American diaspora), an interdisciplinary performing artist, a choreographer, and a Grandmaster in Fujima style Japanese classical dance. She has performed in venues such as the Museum of Contemporary Art, Chicago Cultural Center, Jay Pritzker Pavilion, as well as within community and educational outreach programs. An active member of Asian Improv aRts Midwest, she is continuously crafting contemporary awareness with identity and tradition, maintaining traditional arts practice in Japanese classical dance and Ozashiki shamisen, and collaborating with Tsukasa Taiko. Her choreography, which stems from traditional pedagogy, at first appears to be a traditional Japanese dance but is, in fact, transgressive and filled with subtle expressions of humor and protest. Yoshinojo blends traditional aesthetics with contemporary music and movement practices, making dance pieces that speak to 21st century ideations of role and identity. 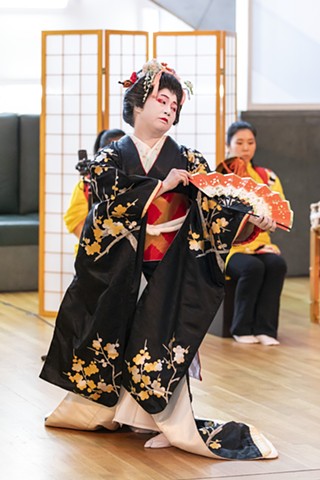 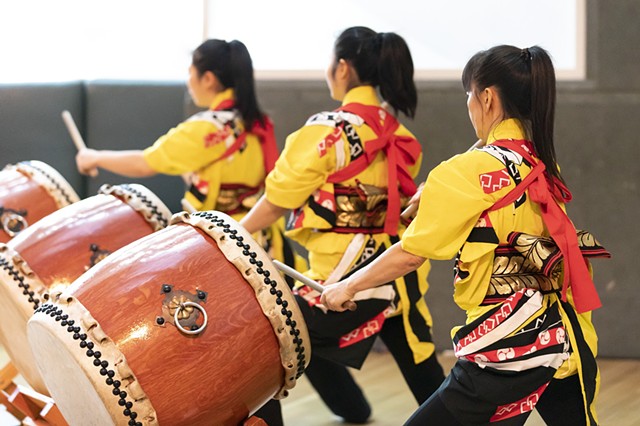 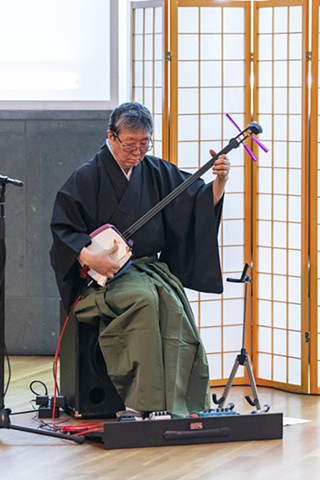 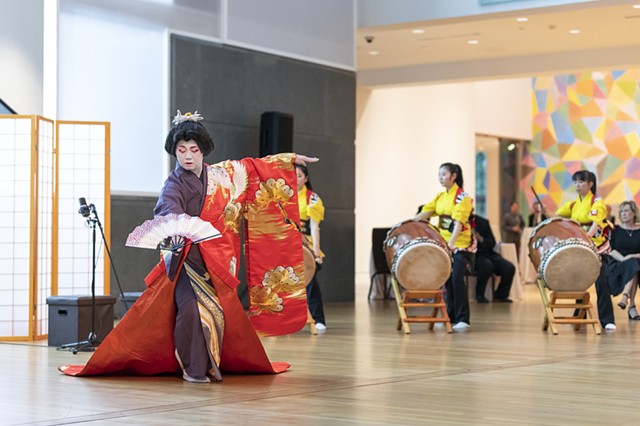